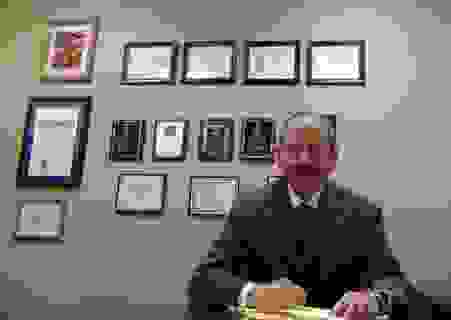 SOME OF THE THINGS WE DO

Martin Silber and Associates have access to the most comprehensive databases and are able to provide the most extensive background search. A report is generated and includes  the person's  Date of Birth,  Possible Phone Numbers, Email Addresses, Criminal History, Bankruptcy Records, Vehicles, Properties,   Judgments, Liens, Foreclosures, Evictions and  lot more.

It used to be almost impossible to find hidden bank and brokerage accounts. It's not uncommon during a nasty divorce, that a spouse may not disclose all of his or her financial assets. We can do nationwide bank and brokerage searches and find accounts that otherwise would not have been included during mediation.

We will provide an individual's  most current addresses, phone numbers, email addresses, places of employment, and more.  We obtain this information from the most comprehensive databases and other sources.

Martin Silber has over 29 years of investigative experience, As a former homicide detective and with six years as a private investigator, Martin knows how to investigate cases, document evidence, prepare court ready reports, and testify on his findings. Martin Silber and his team are expert investigators.

Martin Silber and Associates will conduct a surveillance and provide date and time stamped photos and video. The information collected from a surveillance is then documented in an investigative report.

If you think you have a potential wrongful death case and need the assistance of a private investigator,  there are several things that may need to be looked into.  These may be  crime scene forensics, witness statements, incident reconstruction, and a review of documents to determine what actually occurred prior to and including the time of death.   Wrongful Deaths may be any of the following:

When a crime is investigated by law enforcement, evidence and other facts are obtained. A police detective  may obtain evidence that could be erroneous such as false or mistaken identification. Sometimes the prosecuting agency may provide immunity to other involved defendants in exchange for their testimony. This may result in the inducement of false testimony.  An innocent person should never be put in the position to be arrested and convicted of a crime that he or she did not commit.

Hired Marty to investigate identity theft and he found the perpetrators within two weeks. This firm is meticulous, fast and fair pricing. I don't ever want  to experience what I had again but at least I KNOW Marty would get them ...Michael M

Marty is a straight, honest guy.  He he was able to point me in the right direction with just one phone call and it didn't cost me anything.  Extremely helpful and I would have no hesitation in recommending him to anyone.  Thanks Marty!    Ruth F

Martin Silber is very qualified and an experienced investigator. He was very responsive and honest which is hard to find these days. I would highly recommend him.  Cindy P

Martin Silber began his career as a police officer for Miami-Dade Police Department in 1983 and served his community for over 29 years.

He has been assigned to several prestigious Investigative units including the Homicide Bureau, Robbery Bureau, and Public Corruption Investigations Bureau.

Martin Silber developed a reputation as a skilled and tenacious  detective and received numerous awards and commendations. He was awarded the Employee Excellence Award, the Exceptional Service Award, several Unit Commendations, and a Proclamation from the Miami-Dade County Board of Commissioners for his years of outstanding investigative achievements, declaring October 18, 2012 as "Detective Martin Silber Day".

Over 29 Years Of Law Enforcement Experience

Call Us For A Free and Confidential Consultation